Steps of the Teen Slasher: The Rejuvination

By the mid to late 1980s the teen slasher subgenre had appeared to run its course.  It is popularity began to die in similar fashion to the victims of the films.  The films that came out during this time period started to show elements of post-modernism.  The films began to blend humor and horror in addition to giving self-reflexive winks at the audience.  There are many others ways that the films attempted add a little more juice to their potentially dying franchise.  The first step is always the killer’s reincarnation, you cannot have a new film if your killer is dead.  There will also be a transformation of both the setting and the main characters of the films, including the "final girl", while sometimes ignoring the original framework of the franchises story.

Unlike the steps that preceded it, the rejuvenation is much more detailed and sometimes even introduced before the “final chapter”.  The first and most important aspect is the reincarnation of the blade-wielding psychopath.  Across the board this reincarnation occurs within the teen slasher franchises discussed within this paper.  Firstly, and most simply explained (if you are able to suspend your disbelief, we are talking about the horror genre) is the Halloween franchise.  Halloween H20 ends with the apparent decapitation of Michael Myers.  Well, guess what, we were all bamboozled.  Michael Myers decides that he wants to switch his mask with a random EMT as is depicted in Halloween: Resurrection.  Unfortunately, as often times is the case with the rejuvenation of a franchise there are many holes within this film.  The first occurs in the beginning as Michael Myers appears to complete his cycle and finally take the life of Laurie Strode.  At this point, given everything we understand from the franchise, Michael would have completed what he had sought after.  However, this is not the case as a new set of victims completely unrelated to the original film concept finds themselves as the prey of Michael Myers.  By the end of the film we are presented with a foreign idea about the intentions of the character.  Michael Myers is described as an unstoppable killing machine with no other true purpose.  This contradicted his perceived purpose within the framework of the original film.

The Friday the Thirteenth franchise took several different approaches to reincarnating Voorhees.  In the first film after the “final chapter,” (ironically made only a year after the supposed ending of the series) Friday the Thirteenth: A New Beginning (1985) appears to completely ignore the ending of the previous film.  However, this is explained by the end of the movie.  Similar to the reincarnation in Halloween: Resurrection, there is not an actual reincarnation.  The blade-wielding psychopath is revealed as a copycat.  Fortunately for Jason fans we do not have to wait too long for the actual return of the true killer.  The next film, Friday the Thirteenth Part VI: Jason Lives (1986), begins with Tommy Jarvis, returning for his third film, having the urge to know for sure that Jason Voorhees is dead.  After digging up his grave and finding his corpse, Tommy loses control and begins to stab the dead body with a metal fence rod.  Unfortunately for Tommy (and fortunately for teen slasher fans everywhere) the rod is struck by lightning and Jason returns from the grave.  Over the next few films unlikely rebirths of Jason become crazier and crazier culminating with a hypnotized coroner becoming possessed by Jason’s spirit after eating his heart in the 1993 sequel Jason Goes to Hell: The Final Friday (once again not true) and Jason being re-animated in space during Jason X (2002).

Wes Craven was able to create a much more interesting and created reincarnation through Wes Craven’s New Nightmare (1994).  The film is set in a universe where all the other films exist as movies.  Actors who played characters within those films all play themselves in New Nightmare.  There are appearances by Wes Craven, Robert Englund (Krueger) and Heather Langenkamp (Nancy Thompson) stars in the film as herself.  Within this universe, Krueger leaves the confines of the films and has come into the real world.  An argument could be made that this film played a major role in the creation of the Scream franchise.  Both films take the post-modernism of to another level.  The self-reflexivity is no longer just “winks” to the audience, they play a major role within the films. 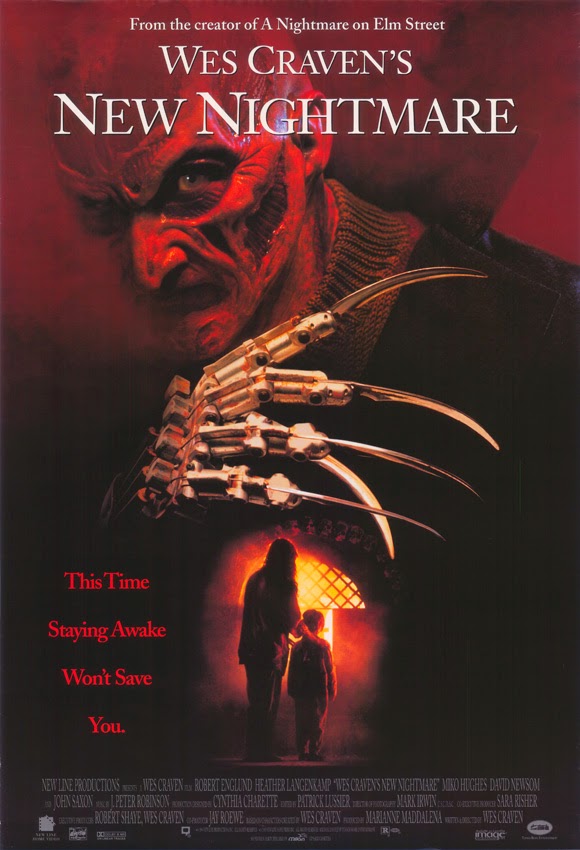 Changes in scenery has been a ploy used by teen slasher franchises many times over the years.  A key component of both the Nightmare series and the Friday the Thirteenth series were the location.  Elm Street is within the title of the Nightmare series and Camp Crystal Lake is as well-known and referenced almost as often as Jason himself.  However, this did not stop the filmmakers from taking these villains away from there comfort zones.  Jason somehow finds his way Manhattan.  If that confused the audience his trip to space would further complicate what they thought they were to expect from the franchise.  During Freddy’s Dead Freddy is questioned about starting to kill outside of Springwood, the town the first five films are set in.  He answers, “Every town has an Elm Street.”  While this could easily be thrown away as the usual Freddy Krueger one-liner, it speaks to thought process of the filmmakers take when looking at the setting of the teen slasher.  While the audience has become comfortable with the usual setting, the filmmakers can move it and the audience will be force to follow.
There were many transformations of the final girl throughout the three franchises discussed throughout this paper.  One popular trend was shifting the “final girl” into a final child.  The Friday franchise begins this trend with the introduction of Tommy Jarvis and later Halloween introduces Jamie.  Both of these children played major roles in the demise of their respective killers over several films.  Coincidentally, the audience get to see these children grow into adults in later films, still scarred by their past encounters.
From the beginning, all of psychopaths had supernatural elements to their character that help add to the horror the press onto the victims.  As these franchised evolved so did the victims.  A supernatural element was given to individuals fighting the killers in all three franchises.  In Halloween, the previously discussed Jamie saw visions that helped to locate Michael Myers.  In A Nightmare on Elm Street 3: Dream Warriors (1987) the audience is introduced to a set of characters who have special skillsets that help them fight Freddy Krueger.  The final girl uses her powers to destroy Freddy at the end of the film.  In Friday the Thirteenth Part VII: The New Blood (1988) the final girl, Tina, has telekinetic powers that help her in her fight against Voorhees.

One final attempt to rejuvenate the teen slasher was the possibility of a crossover film.  There idea of the crossover film was first introduced to audience in 1993.  At the end of Jason Goes to Hell Freddy Krueger’s arm is seen pulling Jason’s masked down into the ground.  A decade later, after many failed attempts to create a film, Freddy vs Jason (2003) was released.  The film was a major success and brought in many new younger fans to two franchises that became afterthoughts before some of them were born. 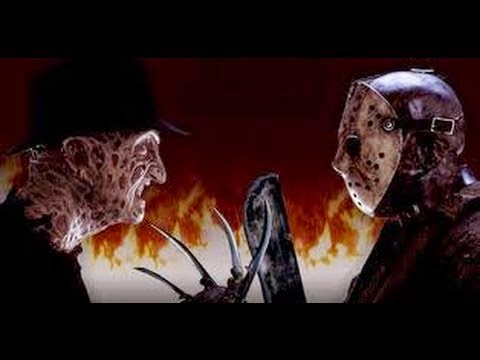