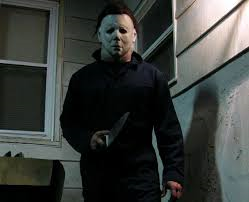 "I met this six year old child with this blank, pale, emotionless face, and the blackest eyes; the devil's eyes...I realized what was living behind that boy's eyes was purely and simply...evil. ~Dr. Loomis (Halloween 1978)

Has there ever been a more amazing description of a  horror villain in the history of the genre.  Michael Myers most frightening attribute is the mystery that surrounds his character.  No one how Michael Myers became this way.  No one knows why he decided to kill his sister.  No one knows how he is able to survive 6 gunshots to his body.  The best anyone has been able to come up with is that he is pure evil.  When a killer has a motive, it helps the audience deal with the terrifying actions of the character.  Myers has no motive, there is no way to truly come to terms with what he is, and that creates a fear that is very challenging for the audience to accept and understand. 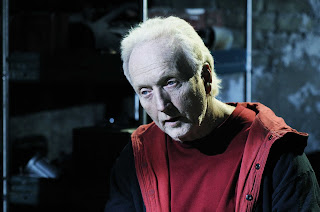 John Kramer epitomizes the extremes of what can happen to a person that has hit rock bottom.  A former successful civil engineer, Kramer's life slowly begins to fall apart.  After the tragic lost of his unborn child, Kramer's marriage became unraveled and he divorced his wife, Jill Tuck.  As his life continued to worsen, Kramer fell into a state of complacency.  Soon after Kramer was diagnosed with an inoperable form of cancer, he started to acknowledge that he had been wasting most of his life.  While observing the people around him, he saw that he was not the only one wasting his life.

Once Kramer accepted the idea that he was going to die, he decided he was going to finish the job himself.  However, his suicide attempt was unsuccessful, as he survived after intentionally driving his car off of the cliff.  Kramer considers this event to be his rebirth, the day that "Jigsaw" (he did not give himself the name) was born.  Ironically, this event that Kramer believed opened his eyes to the world, actually drove him to complete insanity.  He would begin to test the "survival instinct" of the people around him that he believed were squandering their lives through traps that he created using his civil engineering background.

Even after his death, Kramer's death legacy would live on through the work of several apprentices.