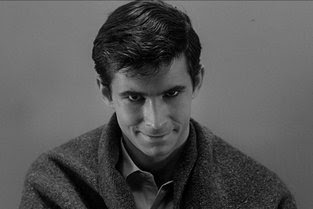 Norman Bates really did not have much chance at a normal life.  His mother, Norma, emotional abused his entire childhood, specifically explaining that Norma was the only good woman in the world.  All other women were whores and sexual intercourse was sinful.  For most of his childhood, the only interaction Norman had was with his mother until she met John Considine, her future fiancé, and the man who brought up the idea of opening a motel.  Hurt by the presence of her mother's fiancé, Norman killed both his mother and Considine.  This act changed Norman and led to him developing dissociative identity disorder.  He now began to assume the personality of his mother and continues to allow his mother to control his life, even after her death.  After having dinner with Marion Crane, "Mother" would become enraged and kill the woman.  By the time Norman was caught for the murder, "Mother" had taken of him completely.

In the 1977 novel "The Shining" Jack Torrence is a good man who is haunted by the fact that he is a bad man. In the 1980 film "The Shining" Jack Torrence is a bad man who is haunted by fucking ghosts who turn him into a worse man. Are they ghosts? Is it all in Jack's head? Does that matter when you're trapped in the shitter and an ax is being put through the door?  I personally think an ax to the mug would improve Shelley Duvall's face but that's just me.  ~John Moser